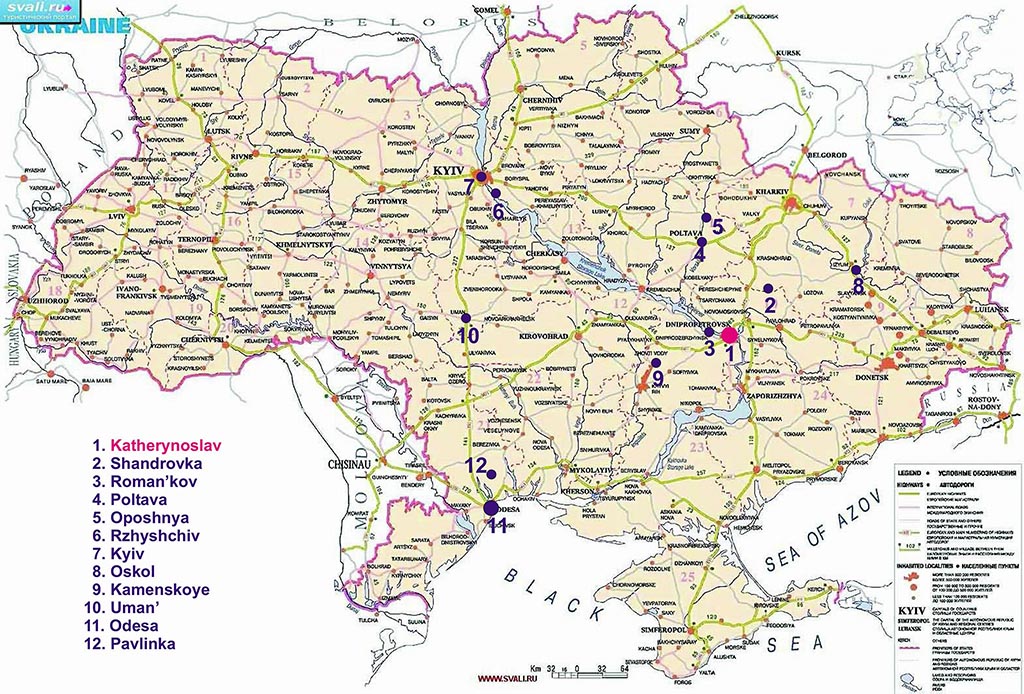 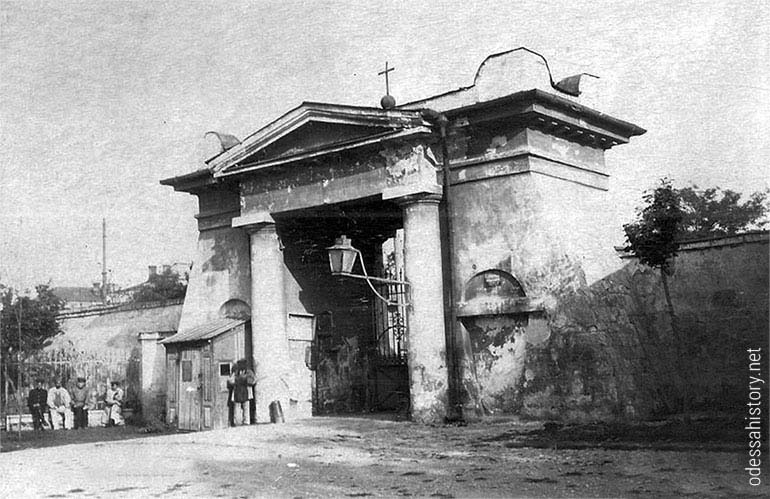 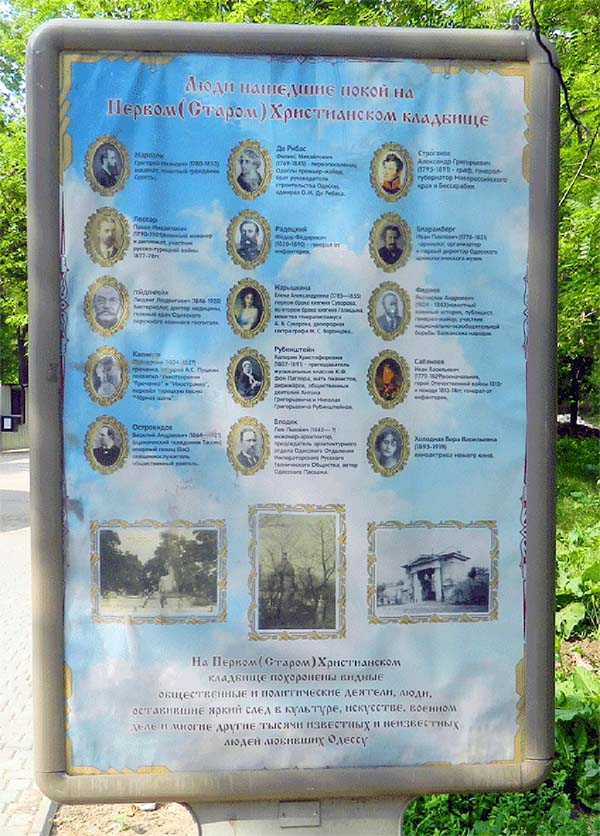 The gate of the First (old) Christian cemetery on st. Preobrazhenskaya, where Helena Andreevna Gan and other representatives of the Fadeev and Witte family are buried.

In the 30s of the last century, the cemetery of the Odessa nobility was demolished, and a park named after V.I. Lenin was laid out in its place. Renamed in 1995 to Preobrazhensky Park.

In the photo you can read Rostislav Andreevich Fadeev.

The life and work of H. P. Blavatsky is the subject of scientific research. In 2006, in the series "Commonwealth", the book of local historian, writer, bibliographer Olga Bogdanovich "Blavatsky and Odessa" was published in Odessa.

H.P. Blavatsky was associated with Ukraine throughout her life. So, in Yekaterinoslav (modern Dnipro), she was born on July 31 (August 12 O.S.) 1831. In the spring of 1835, at the age of 3.5, little Helena first came to Odessa with her mother, H.A. Gan, to visit her grandmother - Princess Helena Pavlovna Dolgorukova, one of the most educated women in Europe in the 19th century, and her grandfather, secret adviser Andrei Mikhailovich Fadeev.

The Fadeyev family moved to Odessa in 1834 from Yekaterinoslav, since her father was appointed a member of the Trusteeship Committee of foreign settlers in the southern region of Russia. In June 1842, the writer H.A. Gan, the mother of H.P. Blavatsky, died in Odessa; she was buried at the First Christian Cemetery in Odessa, which was barbarously destroyed in 1934.

In Odessa, the younger sister of H.P. Blavatsky was born - Vera Petrovna, after the marriage Zhelikhovskaya, a famous writer. Nadezhda Andreevna Fadeeva, also a writer, - the beloved aunt of H.P. Blavatsky, lived in Odessa and headed the first Department of the Theosophical Society, created in 1883 in the Russian Empire. In 1858 and 1872, Helena Petrovna visited Odessa, lived with her aunt Ekaterina Andreevna Witte - the mother of the Minister of Finance of Russia S. Yu. Witte. The Odessa period of life is described in detail in the book by Olga Bogdanovich "Blavatsky and Odessa". 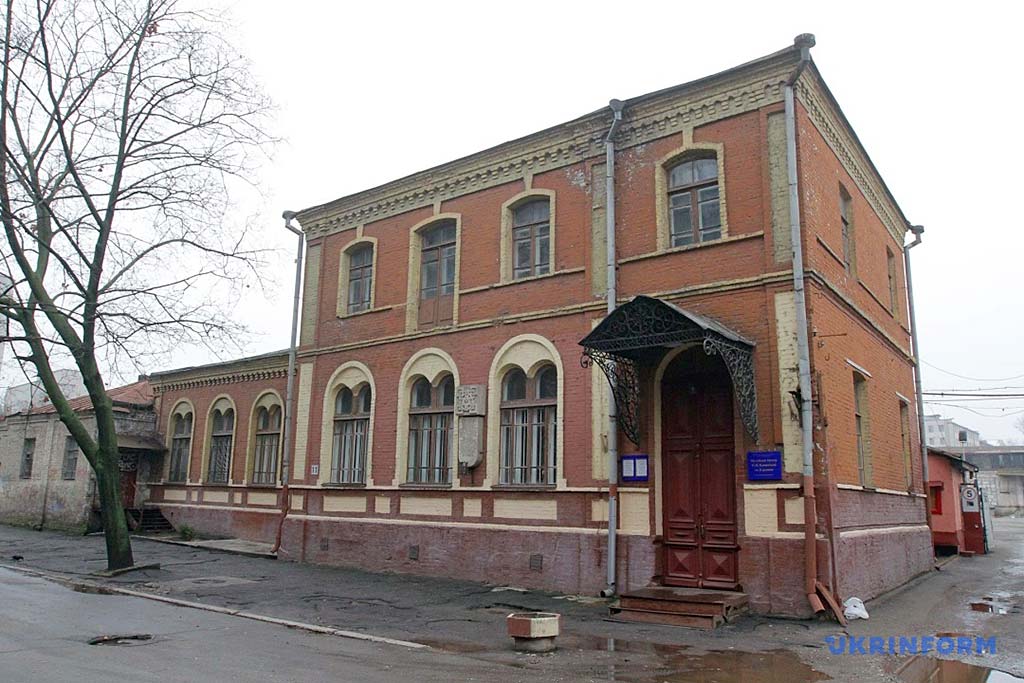 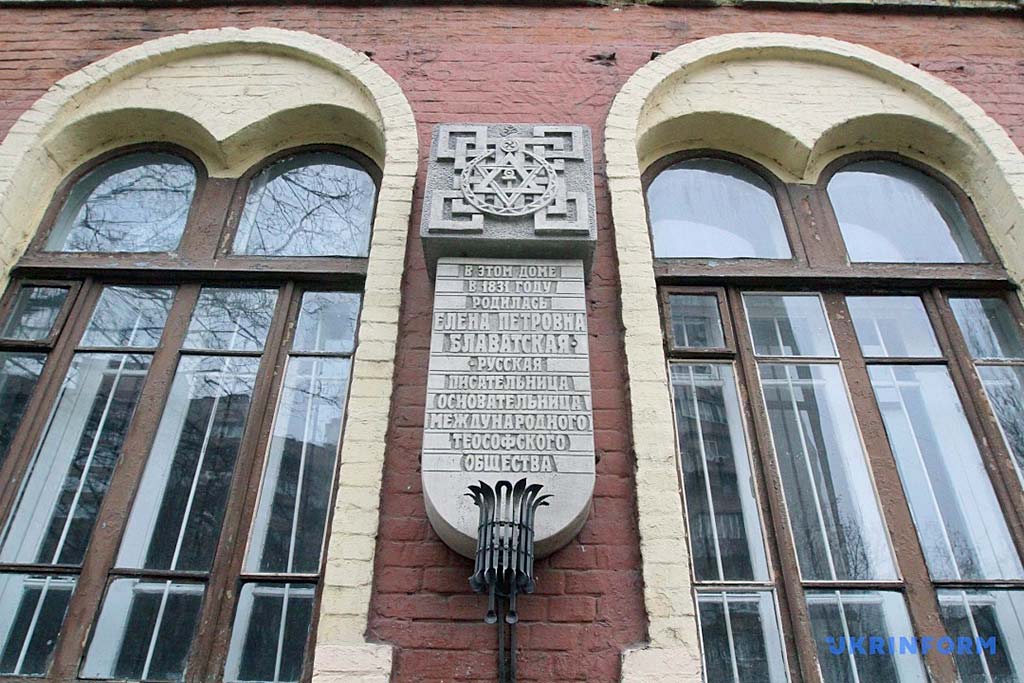 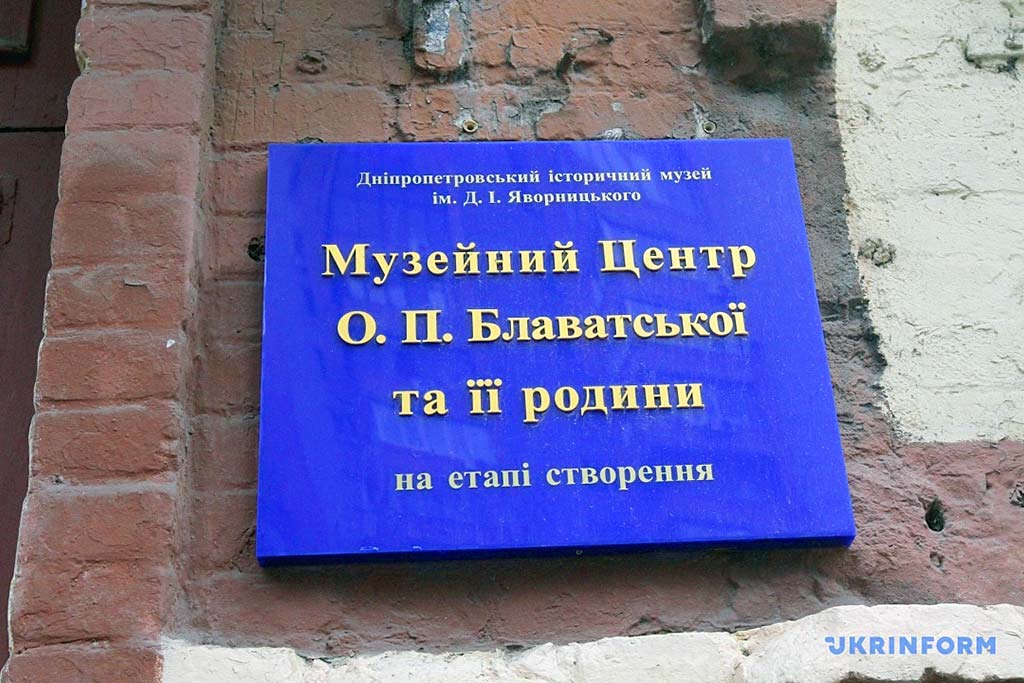 Head of the Department of the Dnipro National Historical Museum named after D. Yavornitskiy “Museum“ Literary Pridneprovie” Helena Alivantseva identified the building as the one in which the writer Helena Gan (the maiden name of Blavatsky) lived. Investigating family relations, she established that this house belonged to the noble family of the Fadeevs in 1816 - 1834, as well as the fact that the daughter of the writer is an outstanding researcher of ancient teachings, philosopher, religious scholar, writer, founder of the International Theosophical Society, Helena Blavatsky. Now Helena Alivantseva is the author of the concept and the scientific leader of the project "Museum Center of Helena Blavatsky and Her Family", which is now being created here.

- It will be a museum, which will tell not only about Helena Blavatsky, but also about her family. The pilot exposition is dedicated to seven family members, - says the head of the Museum Center of Helena Blavatsky and her family of the Dnipro National Historical Museum. D. Yavornitsky Yulia Revenko.

In January 2018, by the decision of the Cabinet of Ministers, the building of the Museum Center received the status of a monument of national importance.

The employees of the museum center dream that the second part will also be created - the Science Center, on the basis of which the heritage of Helena Blavatsky will be studied.

The house is a classic urban-type manor house of the first half of the 19th century with a nice, large orchard. Inside the building, blue paint marks the probes made in the course of historical and architectural research and the establishment of the initial appearance of the house. They are in no hurry to close these probes, because they are already exhibits.

In addition, the museum contains copies of documents, paintings, and more.

Since 2011, in the summer, various meetings have been held in the Museum Center, the theme of which is Blavatsky's legacy, and the Club of Theosophical Knowledge has been meeting.

On August 12, on the birthday of Helena Blavatsky, annual scientific readings are held. On the eve, museum workers spend volunteer decades. These events involve, first of all, people who are close and interested in the personality and heritage of Blavatsky, theosophists come from India, America, Italy, the Netherlands, Belgium, Great Britain.

Workers and volunteers carry out cleaning here, antifungal finishing of the premises and the facade in order to protect the old brick from destruction.

The floor in the museum remained wooden, post-war, although it had a multi-layer coating of old paint, which was no longer taken by any chemical solvents. Construction electrophones could not cope with it, so they had to kneel down and manually break off and clean up with hammers by a centimeter.

The same was done with window frames: they were taken out, the glass was removed, cleaned to wood, then re-painted, glass and inserted.

After the Blavatsky family sold this estate in 1834, three owners changed here. Before the revolution, the building housed a women's gymnasium, then a dormitory, where about 20 families lived, after the war, the Stroymash plant management was located for some time, later an evening school, then the estate was transferred to the balance of the Ministry of Education and there was a vocational school. For some time it was already inoperative, it was only the fact that there was always an attendant and a telephone here that saved it from theft. 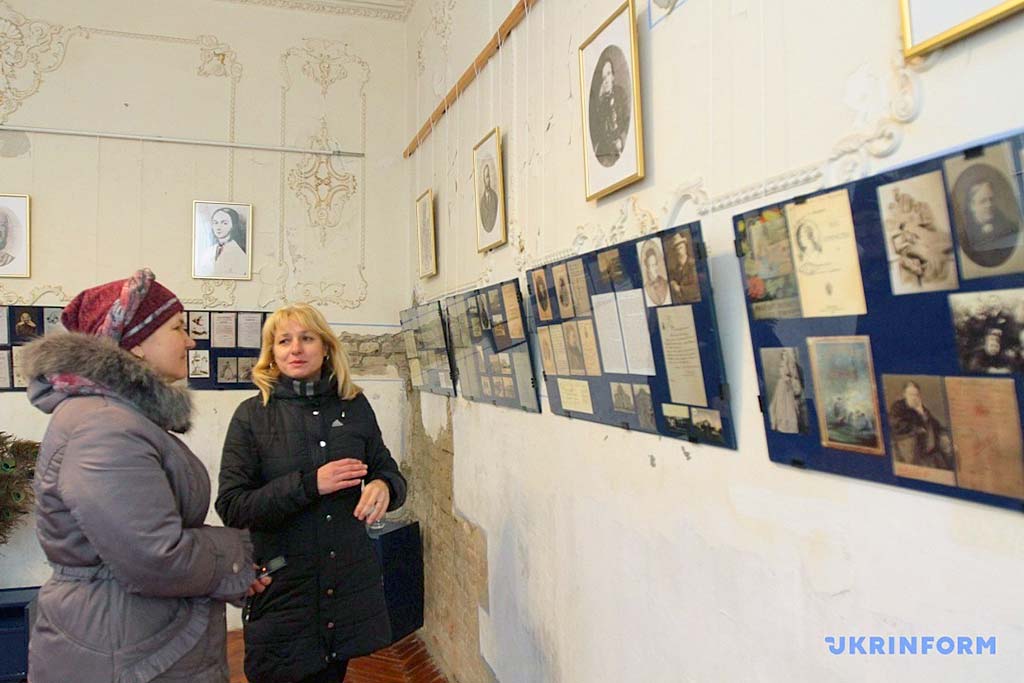 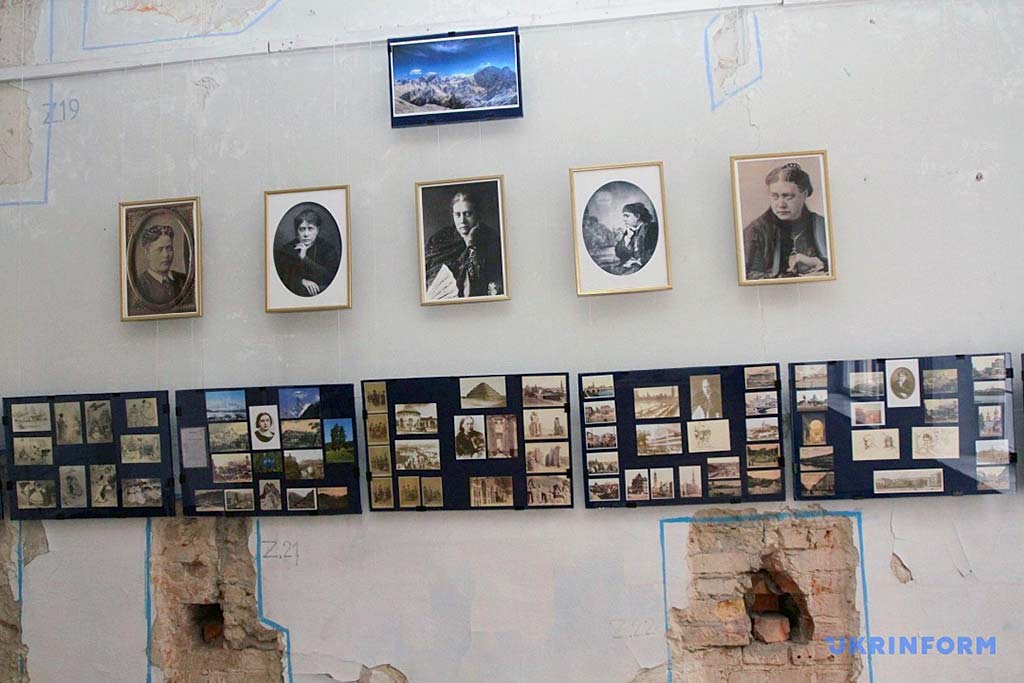 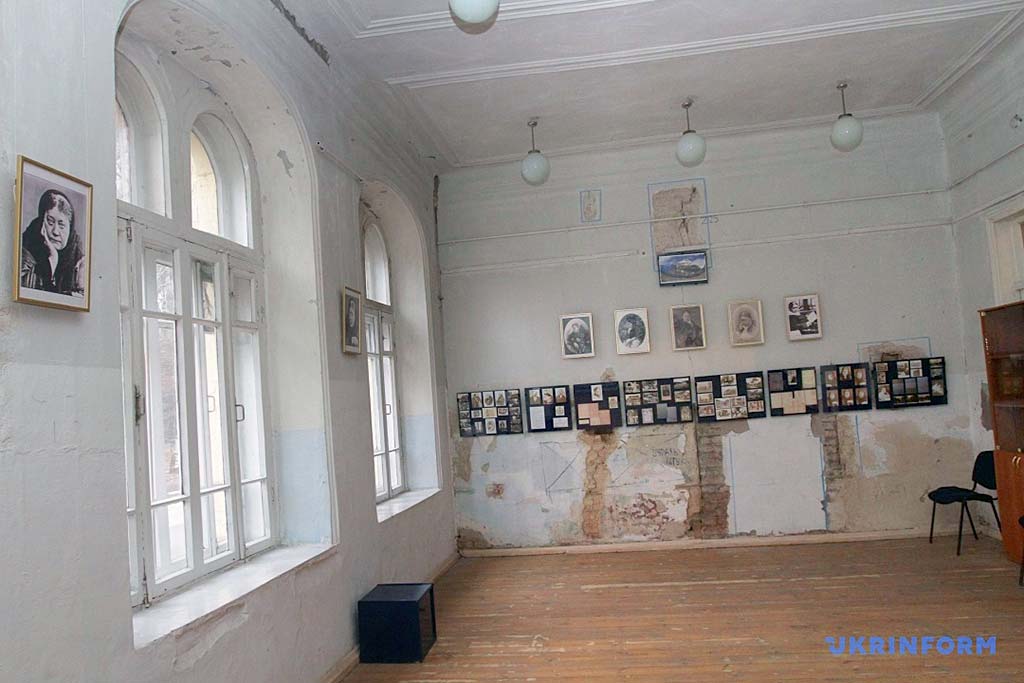 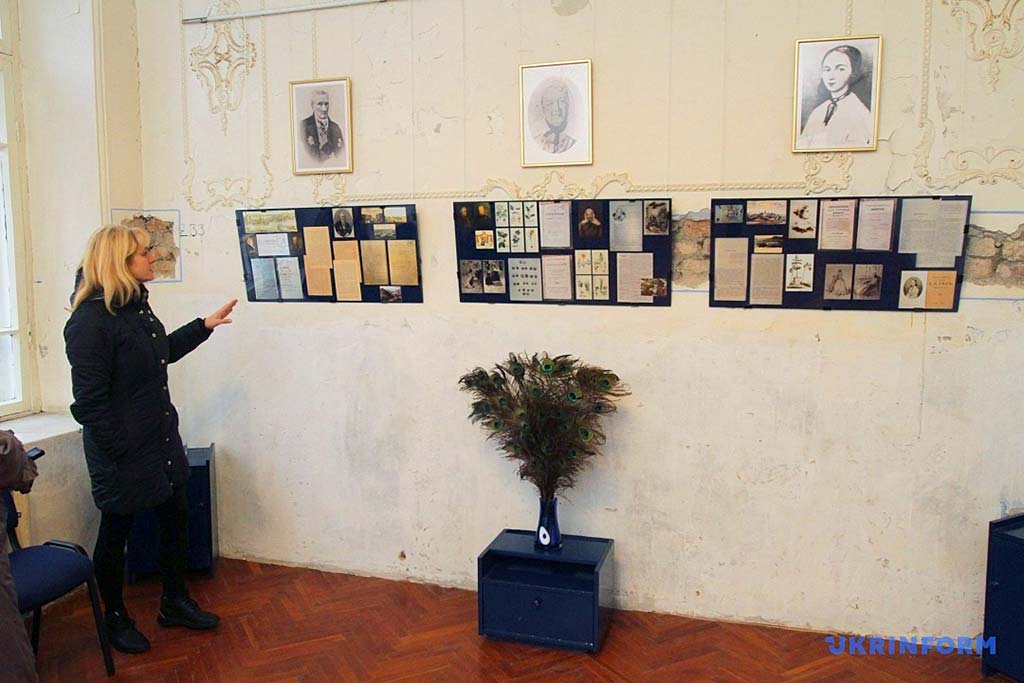 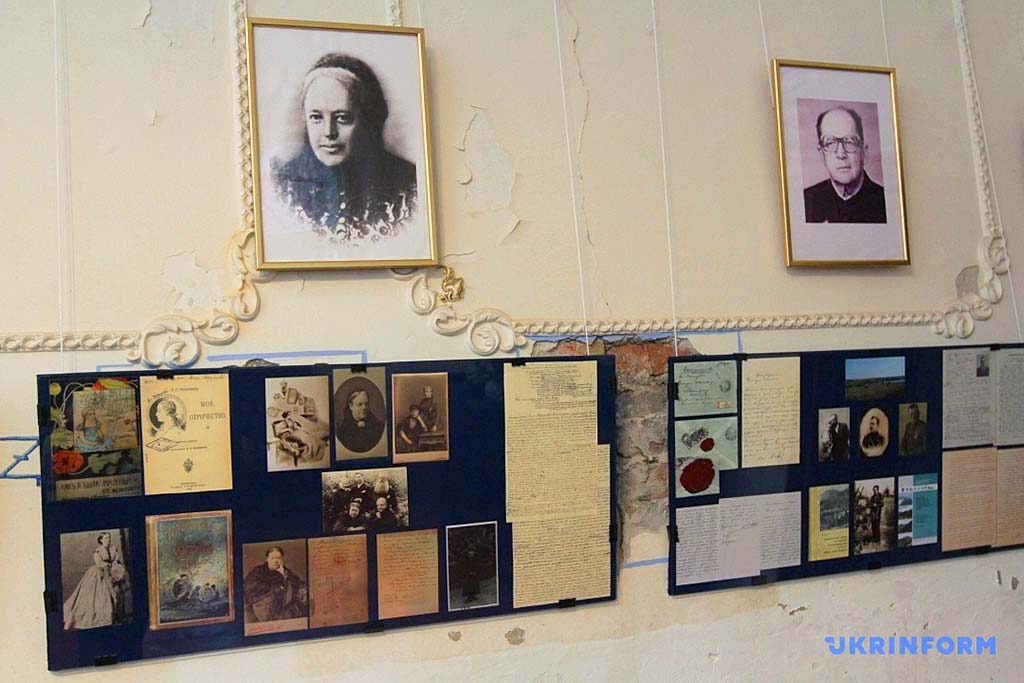 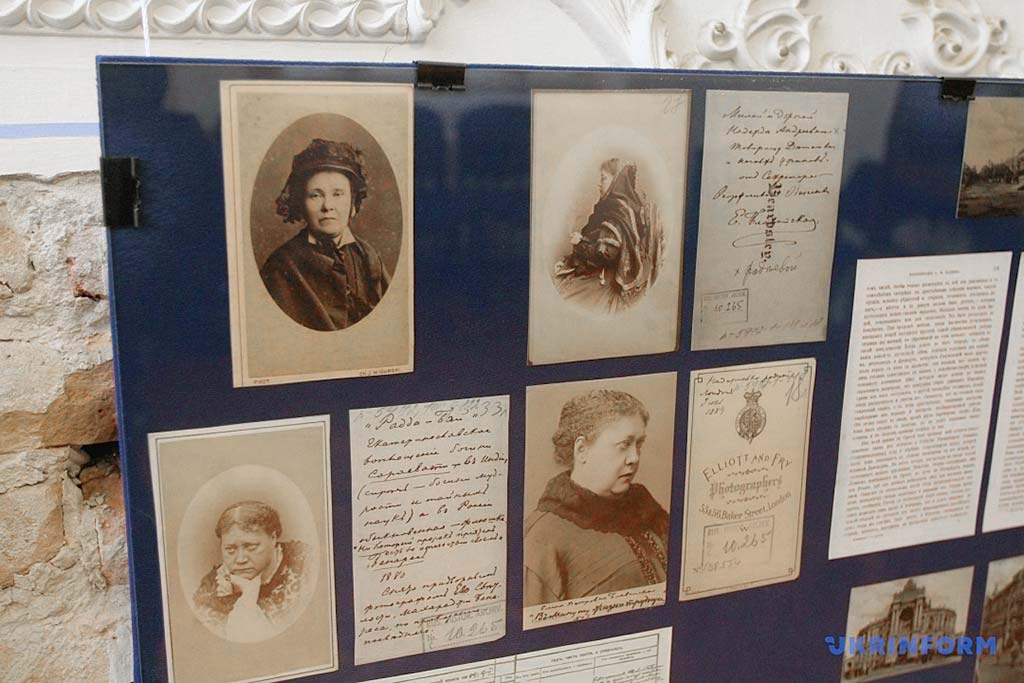 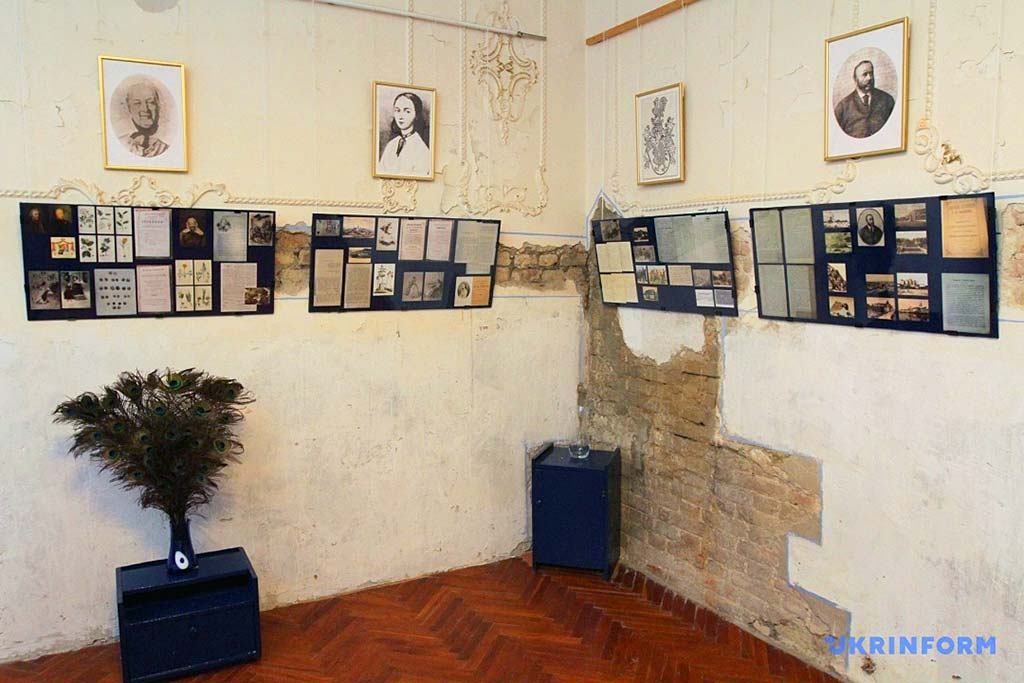 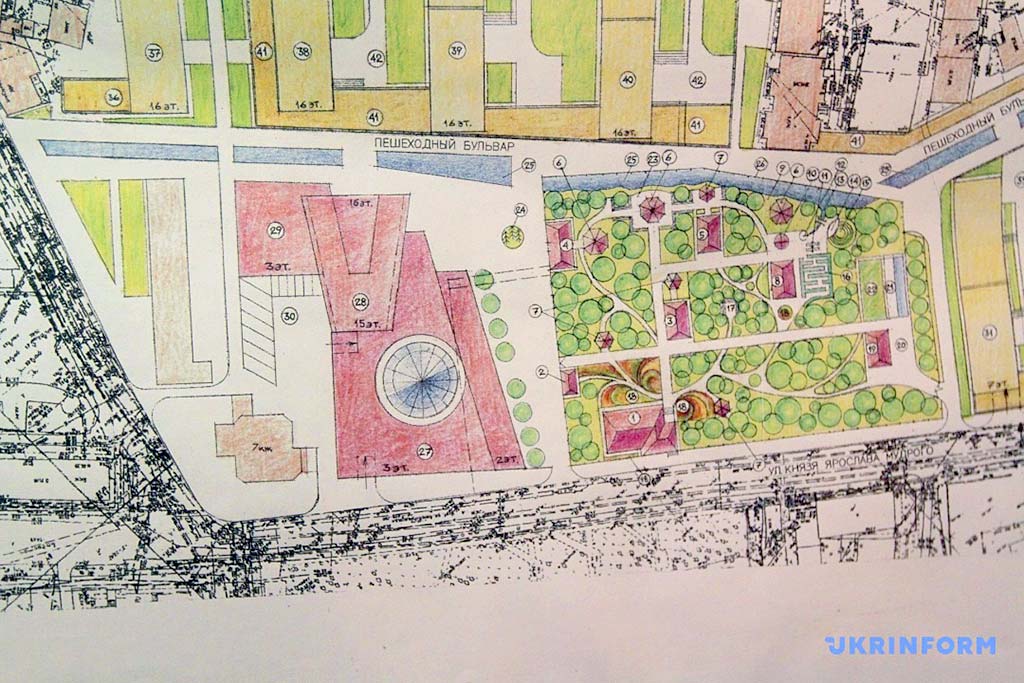 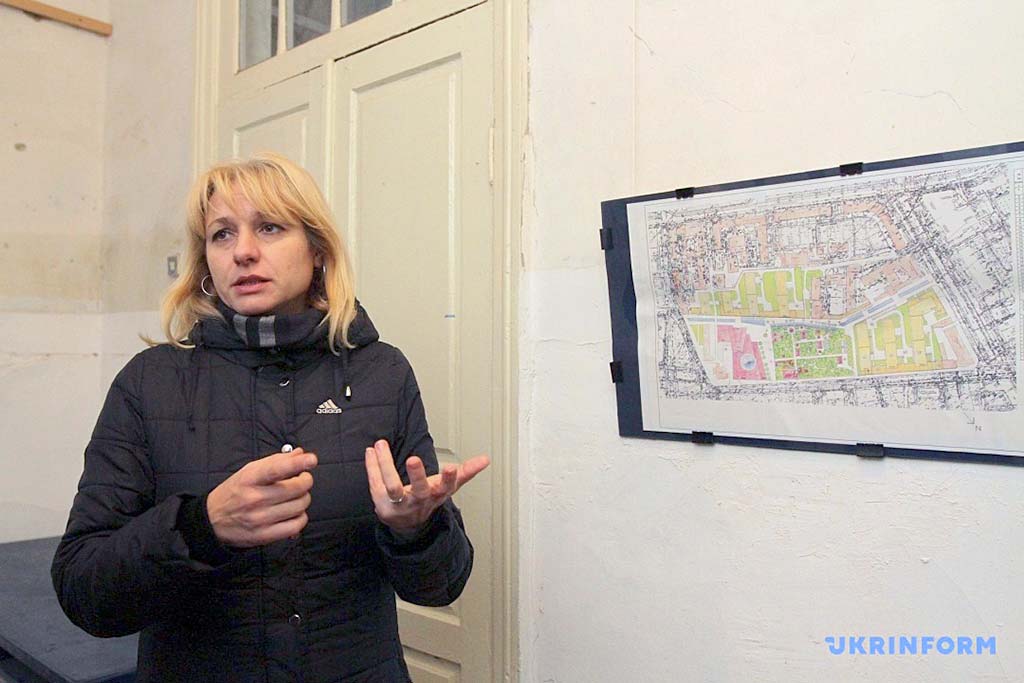 Helena Alivantseva's speech about the Museum Center of H.P. Blavatsky and her family in Dnipro at the annual Convention of the Theosophical Society in Ukraine (Kyiv), November 17, 2019